Wildlife travel provides crucial funding for conservation and wildlife protection programs, even if your departure date is uncertain. 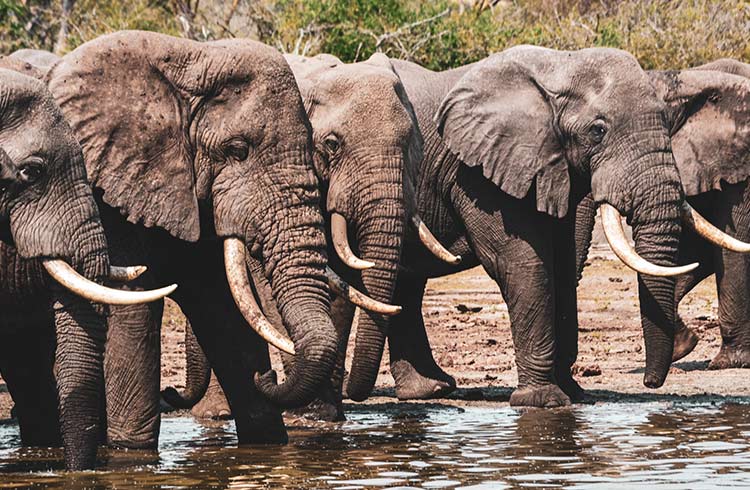 As COVID-19 brought tourism to a screeching halt, conservation programs to protect some of the globe’s most delicate ecosystems began to face a funding crisis. From the open plains of the Maasai Mara in Kenya to the grassy riverbanks of Chitwan in Nepal, the impact has been felt across Asia and Africa. Without ongoing efforts to protect them, the diverse and vulnerable species that reside in these ecosystems – elephants, gorillas and rhinos, in particular – are in real danger.

The role of tourism

An estimated 90 percent of African tour operators have lost around 75 percent of their bookings. Wildlife-based tourism in Africa generates US$29 billion annually and employs 3.6 million people, which helps governments justify protecting wildlife habitats. Tourism dollars help in all sorts of ways, keeping lodges and their staff up and running, supporting national parks, paying safari guides, and funding conservation programs. Travel dollars help fund everything from anti-poaching units to rehabilitation centers for orphaned and injured wildlife to salaries for local communities working in wildlife reserves.

The situation in similar in Nepal. According to Jack Edwards, director of South Asia conservation organization Tiger Tops, COVID-19 has had a devastating effect on Nepalese wildlife conservation – when travelers stopped coming, safari lodges across the country were forced to shut down.

What happens to the wildlife and people living in neighboring communities when the biggest source of revenue simply disappears? One of the most immediate impacts is the evaporation of salaries for workers in ecotourism and national parks. Lodges and tourism companies report many staff members have been sent home without wages, which puts park rangers, safari guides, and lodge staff and their families in vulnerable situations.

Virunga National Park in the Democratic Republic of Congo shut down tourism quickly once COVID-19 emerged despite the major financial implications – limiting human contact with the gorilla population is the best way to protect them from potential transmission of any diseases. Almost overnight, Virunga lost 40 percent of its revenue.

About five million people live in Virunga’s neighboring communities, many of whom rely on the park for their livelihoods. African Wildlife Foundation (AWF) CEO, Kaddu Sebunya, remarked: “We expect the levels of poverty among these communities to spike beyond anticipated levels.”

Unfortunately, this creates a chain reaction. A job deficit leads to other devastating implications in wildlife conservation. As the threat of poverty looms, some people resort to drastic measures. Sebunya fears that “the kingpins of crime syndicates will take advantage (of this situation) leading to increased criminal activities in rural areas that can lead to insecurity and wildlife poaching.”

COVID-19 has depleted government budgets across Asia and Africa, reducing the funding available for conservation programs and management of protected areas. Instead, funds are being allocated to more urgent causes, such as health care.

Tourism provides a valuable source of revenue for the government to manage the parks. Fewer resources means less protection, and although Tiger Tops’ beloved elephants are unharmed – for now – poaching generally is on the rise. “There have been reports of increased poaching all over Nepal,” Edwards says. “Chitwan had its first rhino poaching in a number of years.

Rhino Conservation Botswana and Rhino 911 in South Africa have both reported an increase in rhino poaching. Although poaching is not unusual in sub-Saharan Africa, the reported cases of poaching occurred in tourist hotspots, which were considered safe zones for wildlife. Botswana has also experienced fatal clashes between security officers and poachers. In Kenya, conservation managers within the Tsavo ecosystem have reported increased cases of poaching for bushmeat due to reduced security and increased need for food as a result of lost livelihoods.

Virunga National Park in eastern Congo removed more snares (gorilla traps) than usual in June and July. Due to the increased risk of COVID transmission to mountain gorillas, rangers must follow strict protocols to protect the endangered species. So far, this approach has been successful. The park even celebrated 14 new births this year.

The long-term implications of COVID’s impact on conservation are uncertain. While many national parks and conservancies have been able to pull resources from reserve funds for the time-being, these pools of money are dwindling. Rural communities and wildlife conservation and rehabilitation centers are both in real need of investment.

According to AWF, “wildlife and wild lands stand to be lost if these investments are not made to continue critical services within and around protected and conserved areas.”

How you can help

Even with tourism largely at a halt, there are still ways to help preserve the diversity of species and their habitats in Africa and Asia. Although travel is an uncertain endeavor, you can still book future travel. With flexible travel policies suddenly the norm, you won’t have to worry about cancellation fees if travel dates change. By booking a safari or a stay at a lodge for next year, you are helping sustain conservation initiatives now.

Lodges in many countries, such as Rwanda and Kenya, have significantly discounted rates. Saruni, for example, allows travelers booking a stay at one of its Kenyan lodges to rebook dates within 24 months of the original booking if necessary.

Wildlife-based tourism is likely to be one of the safest forms of travel as tourism slowly reemerges. The parks are in remote areas with few crowds, vast open space, fresh air, and limited interactions with other people.

Safari lodges are frequently small-scale and are taking extra precautions to ensure health and safety. And one of the best parts? You’ll likely have the parks largely to yourself. AWF’s Sebunya noted seeing only 10 other cars in Tanzania’s Serengeti National Park during the wildebeest migration in August, peak season for one of the most popular national parks in Africa, which typically sees 500,000 tourists annually.

Those who don’t plan to travel for at least a year can support wildlife protection via donation. Virunga National Park’s various fundraising opportunities include the option to adopt an orphaned gorilla, while a donation to the East African Wildlife Society can help pay for land leases in Kenya and support Maasai families operating conservancies.